Moving Day is a book in the Allie Finkle's Rules for Girls series. It covers the first story of Allie Finkle, in

which she has to move from her preffered home in Walnut Knolls to a rundown new home. Allie talks of how she has to move schools, make new friends and pack up to leave her old neighborhood.

Whilst baking cupcakes with her friend Mary Kay Shiner, Allie Finkle, the nine-year-old main protagonist﻿, shoves a spatula down her throat as a "birthday joke", resulting in Mary Kay's tears. Allie then, in depression, leaves the home and goes to her own house, wondering why on earth she is friends with Mary Kay. She then has the idea to start a rule notebook, in which she can teach herself how to act so that she may keep her friends. Mary Kay's house helper, Carol, asks Allie to come back, due to her leaving making Mary Kay even more upset than she was when Allie shoved the spatula down her throat. Allie tells Mary Kay about her rules notebook; however, Mary Kay is uninterested and asks Allie if she wants to be upset. Allie, although upset at Mary Kay's lack of interest, decides to do so.

When Allie Finkle, an animal-loving nine-year-old, comes home from a day at her best friend Mary Kay Shiner's, her parents have devastating news: she's moving! Allie deals with making a new friend, Erica Harrington, losing some old ones, Mary Kay and Brittany Hauser, dealing with a zombie hand and protesting against getting her family to move. She eventually does move, leaving behind her old life, and saying hello to her new one. 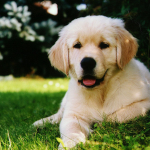